I like the expressions on the faces of these two children in our Albert Anker painting this week as well as the feeling of action in their gait and the running figure in the background. 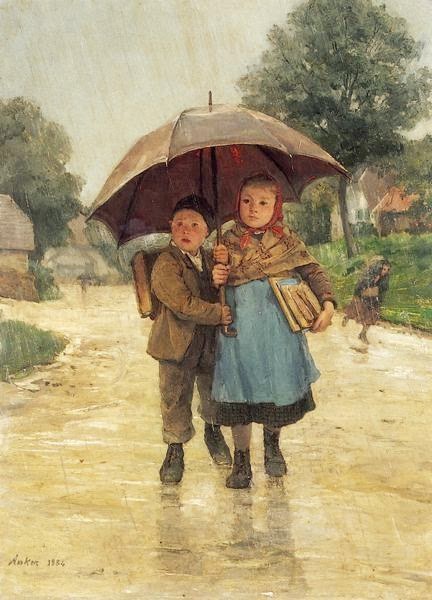 Here is a link to The Best of Berlioz.

My Star by Robert Browning

All, that I know
Of a certain star
Is, it can throw
(Like the angled spar)*
Now a dart of red,
Now a dart of blue
Till my friends have said
They would fain see, too,
My star that dartles the red and the blue!
Then it stops like a bird; like a flower, hangs furled:*
They must solace themselves with the Saturn above it.
What matter to me if their star is a world?
Mine has opened its soul to me; therefore I love it.

* Spar is a stout pole
* furled - rolled up and secured; as, furled sails bound securely to the spar; a furled flag.
Posted by Patti at 6:17 AM